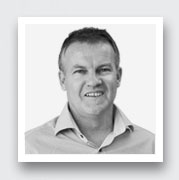 Andrew is the founder of Sunstar and has worked in the sport and entertainment industry for 30 years.

Sunstar’s talent roster has a heavy focus on cricket. Andrew represents some superstars of the game, including Mitchell Starc, Alyssa Healy and Australian women’s captain, Meg Lanning. He has also managed the career of solo sailor Jessica Watson OAM. Andrew was Event Director for 16 year old Jessica's epic homecoming in May 2010, which was watched by millions via a live broadcast in Australia and 100,000 spectators around Sydney Harbour. It was voted Australia's Favourite Event of 2010.

Andrew was a producer on Jessica’s documentary '210 Days', which was narrated by Sir Richard Branson.

Andrew launched Sunstar's film division in 2011, acquiring and developing Sunstar's slate of properties, including the Academy Award nominated, box office hit LION, on which he was executive producer.

In addition to his work in the talent and film sectors, Andrew has made a significant contribution to his local community. He's been a Board member of the Manly Warringah Cricket Club in Sydney for 32 years, including the past 18 as Honorary President. He is a Life Member of the 144 year old Club.

In 2015, Andrew delivered the biggest crowdfunding campaign ever for a personal cause in Australia, by instigating the “All in for Alex” fundraiser to assist his terminally ill 41 year old niece Alex Piper, who had breast cancer. Her husband Matt is 100% blind and unable to work. The campaign raised over $1 million for Alex, Matt and their three young children. Sadly, Alex passed away just 3 weeks after the campaign ended.

In 2016, Andrew was awarded the prestigious Community Service Award by the Government of NSW, in appreciation of his contribution to the community. 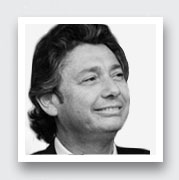 Shahen has been involved in the field of finance and investment banking for over 35 years. He holds a Bachelor of Economics (Sydney University) and Master of Economics (Macquarie University). He is a member of the Institute of Chartered Accountants, Registered Company Auditor, Chartered Tax Adviser and a member of the Taxation Institute of Australia.

During the past 10 years, Shahen has had extensive experience in various aspects of film production in Australia. He has been an integral component in the production slate that Sunstar has acquired. He is an executive producer on each of our feature films,.

Shahen brings further dimension to the strong industry credentials of Sunstar, given his significant experience in all aspects of business negotiation, legal and accounting disciplines. 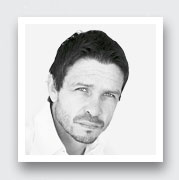 Writer / Actor
Matt is a gifted writer and actor. He starred alongside Vin Diesel in the Box Office hit, “Riddick,” which hit USD $100M in sales at the Box Office. Matt wrote and starred in The Final Winter (2007), an independent Australian film that has since been released internationally, and appeared in the series of East West 101 (SBS Television). Matt played the lead in the Australian TV series Bikie Wars: Brothers In Arms (2012) on Network 10 and Underbelly: Badness (2012) on the Nine Network – both of which were hugely successful in Australia. Matt is also the author of three novels, We Don't Live Here Anymore (2009), Faces in the Clouds (2011) and Still (2021). In 2014, Matt was signed to play Ra's al Ghul, the leader of the "League of Assassins" in the TV hit series “Arrow”. Ghul is considered one of DC Comics' most iconic villains and in the pages of the comic books at least, is a major nemesis of Batman. In his most recent work in 2020, Matt starred alongside Eric Bana in 'The Dry' and has received wide acclaim for his performance. Matt has written the screenplay for A Sunday In The Village - which is a Feature Film in development with Sunstar and See Pictures. His most recent feature film project, 1% which he wrote and starred in, gained a US theatrical release in February, 2019, titled Outlaws in the international market. He made his directorial debut on Transfusion, which is also wrote and it is currently being shot in Australia. Matt's profile continues to rise. IMDB