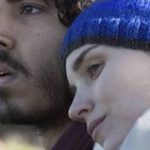 The 60th BFI London Film Festival has announced that LION, starring Dev Patel, Rooney Mara, David Wenham and Nicole Kidman will be the American Express Gala at this year’s Festival. The film will receive its UK premiere on Wednesday 12 October at London’s Odeon Leicester Square, with Dev Patel and Nicole Kidman expected to attend. […] 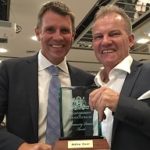 Sunstar’s CEO Andrew Fraser has been presented with the 2016 NSW Government Community Service Award. Andrew was presented the award by NSW Premier Mike Baird at Manly Warringah Cricket Club’s annual presentation dinner. The Premier released the following statement. “Andrew has made an exceptional contribution to both the cricket club and the wider Manly community. […] 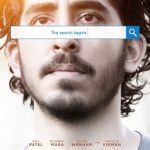 The Weinstein Company (TWC) have announced a USA Thanksgiving week release date of Nov. 25 ,  2016 for LION, starring Rooney Mara, Nicole Kidman and Dev Patel. The Friday after Thanksgiving is historically a hot spot for TWC when it comes to platforming its awards season fare. The November date is where Carol, The Imitation Game and The […] 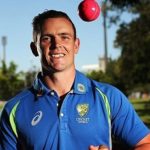 Steve was called into the starting side for the Australian Test Team for their third and final Test against the West Indies at the SCG. The decision came as Australia have decided to play two spinners for the first time on home soil in ten years – the last time was in 2006 against when Shane Warne and […] 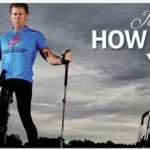 Continuing a passion to produce films based on true Australian events, Sunstar Entertainment has optioned the remarkable true story of athlete John Maclean. John was hit by an 8 tonne truck while training for a triathlon on his bike in 1988. He suffered multiple breaks to his pelvis and back, a fractured sternum, punctured lungs […] 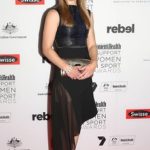 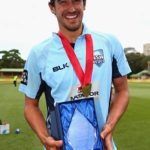 The NSW Blues have won the 2015 Matador Cup after defeating South Australian Red Backs by 9 wickets at North Sydney Oval. Steve O’Keefe and Mitchell Starc were instru mental in helping the Blues win their first Domestic One Day title in the last ten years. After a great collective effort from the bowling group […] 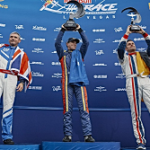 Australian pilot Matt Hall has stormed to victory in the final Red Bull Air Race of the season at the Las Vegas Motor Speedway on Sunday but his second victory of the year wasn’t enough to overhaul Paul Bonhomme for the world title. Needing to win or finish second in Las Vegas to have any […] 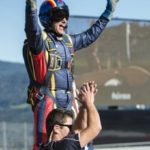 On his 24th attempt, Australian pilot Matt Hall has broken through for a career first victory by taking out the sixth round of the Red Bull Air Race in Spielberg, Austria. Flying overhead the Red Bull Ring, Hall stormed to the win by just 0.057 from the sport’s biggest name, Brit Paul Bonhomme. American veteran […] 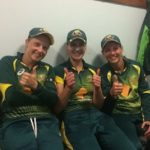 The Commonwealth Bank Southern Stars have regained the Ashes on UK soil for the first time since 2001, taking out the multi-format points-based system 10-6. It’s been a long journey for the Stars since the first one-day international in Taunton on July 21 and their victorious tour of the British Isles has seen them win the […]