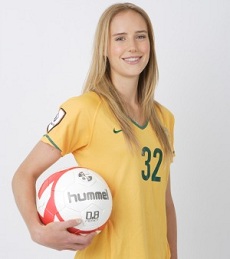 Dual international Ellyse Perry will switch from Canberra United to Sydney FC for the upcoming 2012/13 W-League season. This is great news for Ellyse as she can continue playing both Football and Cricket at the highest level.

“I’m excited to be able to play for Sydney FC and also grateful to both clubs (Sydney FC and Cricket NSW) for allowing me to continue my dream of playing both sports” Ellyse said. “It’s no secret that i want to continue to play both sports and this allows me to do so.”

“Sydney FC has always been one of the best teams in the W-League with some amazing players and i look forward to joining them and hopefully playing a part.” Ellyse said.