Jessica Watson Set To Compete In 2013 Sydney to Hobart 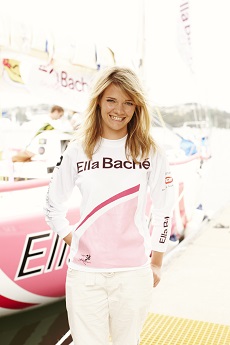 It was announced today that Jessica will be aboard the supermaxi Perpetual Loyal for the 69th Rolex Sydney to Hobart yacht race, which sets sail on Boxing Day. There will be 90 yachts competing in the great ocean classic and Perpetual Loyal is one of the favourites to take line honours.

It is a very different yacht from the previous one she sailed in 2 years ago in the iconic race.

“It is going to be so different from anything I have ever done, sailing on Perpetual Loyal, but I am really looking forward to it. I’ve done the race before on a 38-footer but to do it on a 100-footer is going to be a great experience and a lot quicker,” said Jessica.

The annual race is considered one of the toughest and potentially perilous in the world with six men losing their lives in the deadly 1998 event and the racecourse taking the fleet across the infamous Bass Strait, a body of water renown for steep, nasty seas. The radical, hi-tech and multi-million dollar super maxi skippered by Anthony Bell is a world away from the tiny yacht Ella’s Pink Lady, which was Jessica’s home for seven months during her around the world voyage.

But unlike some of her crewmates Jessica, 20, does have prior Sydney to Hobart experience after skippering her own crew to Hobart aboard Another Challenge in 2011 where she finished second in her division.

“It will be nice to have someone else in charge for a change,” Jessica said.

Jessica is the last celebrity named in the crew which is bidding to take line honours in the Rolex Sydney to Hobart while raising money for the Loyal Foundation charity.

The movie of Jessica’s exploits, which saw her go from an unknown teenager to worldwide headlines, is slated to go into production in 2014. The movie is based on her book True Spirit with Jessica acting as a key consultant for the project and assisting with the casting.