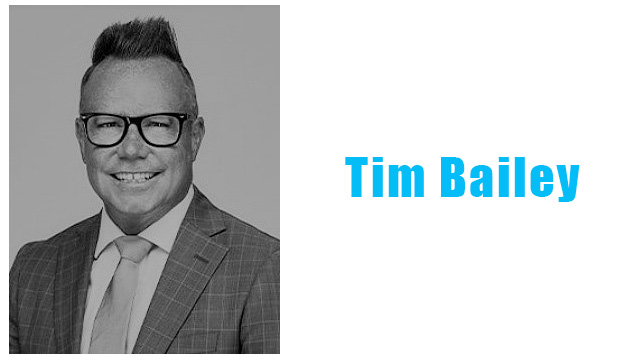 Tim Bailey is one of the most recognizable and credible faces on TV, having been Network Ten's iconic weatherman for 26 years. He was widely acclaimed as one of the most dynamic, versatile and effervescent characters on Australian television.

During his 26 years on air, Tim was a champion of charity and community and a true "plug-in" power to consumers.

Tim's long association with Ten ended in August, 2020 - but he was signed up almost immediately by Nine Radio as their weatherman for 2GB,  where he did daily reports on the Ben Fordham show in mornings and Jim Wilson in the afternoon drive shift, before leaving Sydney and moving to the Gold Coast where he now resides.

A skilled people person, Tim is is all about passion, performance, professionalism and energy - a mix of entertainment and information as well as a polished professional journalist with deep corporate experience.

Tim is also currently writing a series of children's books and was the Chief Weather Officer for Allianz Australia in a national advertising campaign.

His fresh and friendly delivery makes him a popular choice as a presenter or MC with a wide range of audiences.

Was a trusted, popular face having been with Network Ten  for 28years

He has hosted various shows on Network TEN including NRG (surfing), Chilli Factor (extreme sport), The Big Breakfast (cartoon-kids), Airtime (basketball) and the Vodafone Beach Volleyball Tour. He has also covered the Commonwealth Games, 6 x Melbourne Cups, Bathurst and the Indy Car Carnival.
A 19 year radio role at Sydney's FM station 2DAY – where he was on air twice daily with weather, surf and snow reports

Tim was the weatherman for Nine Radio on 2GB

Click here to hear some of the work Tim is capable of.