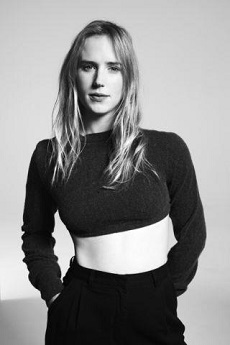 Respected British magazine SportsPro, in conjunction with Eurosport released a list of the 50 most marketable athletes on the planet. Criteria include value for money, age, home market, charisma, willingness to be marketed and crossover appeal.

Ellyse was named 36th in the World, and 1st in Australia. The inclusion of Ellyse on this list is fantastic news for the 22 year-old dual-international, who has represented her country in Football and Cricket. She is the only Australian in the top 50 and the seventh highest woman. Virat Kohli is the only other cricketer.

The magazine pays tribute to her international caps, her commitment to both sports, and the fact she was the first woman to play Sydney men’s grade cricket in 117 years.

Off the field, Ellyse has found time for an economics and social sciences degree at the University of Sydney, and roles in radio and television.

Ellyse is also fortunate enough to be sponsored Adidas, Red Bull, Commonwealth Bank, SCG Trust and another very exciting sponsor to be announced in the coming weeks!

Full article can be found here