Ellyse Perry has been recognized for her outstanding performances across the last 12 months in the International Cricket Council’s (ICC) annual awards. Ellyse, 27, has been awarded the inaugural Rachael Heyhoe Flint Award for Cricketer of the Year. The award has been re-named in memory of the late Rachael Heyhoe Flint, former England captain and […]

NSW Metro have claimed the 2017-18 CA Under 19 National Championships title, cruising to a 120-run victory over the Cricket Australia XI at Blundstone Arena on Friday. Sydney Sixers rookie Jack Edwards led the way with a Player Of The Match powerhouse performance – posting a superb century before eventually being dismissed for a 125-ball […] 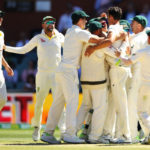 Mitch Starc has had a great start to the Ashes campaign helping lead the Aussies to a 2-0 advantage heading into the 3rd Test in Perth next week. Mitch is currently on top of the wicket taking charts with 14 scalps at the impressive average of 19 – including a 5 wicket haul in the […] 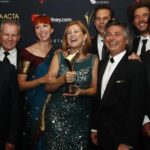 It was a clean sweep for LION at this year’s Australian Academy of Cinema and Television Arts (AACTA) Awards, winning every single one of the 12 gongs it was nominated for, including best film, best direction and both best supporting actor awards for Nicole Kidman and Dev […]

IT has been a long time since Jordan Silk has woven his batting class for Tasmania but his return to form has helped the Tigers into a strong position. Seven games into his Sheffield Shield career Silk had four first-class centuries. Four years and 30 games later he brought up his fifth and he was […]