Garth Davis announced as Director of A Long Way Home 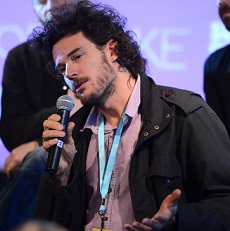 See-Saw Films and Sunstar Entertainment have attached Top of the Lake co-director Garth Davis to their project, A Long Way Home based on Saroo Brierley’s autobiography.

Australian director Davis has had considerable success as a commercials director, winning gold at the London International Award show and the Gold Lion at Cannes, and in 2010 receiving a finalist nomination from the Directors Guild of America for best commercials director. Top of the Lake was his biggest TV break to date and A Long Way Home would mark his feature debut.

At five-years-old, Brierley found himself 1,500km from home, having fallen asleep aboard a train bound for Calcutta. Scared and alone he was forced to live a life on the streets.

Saved from an orphanage by an Australian couple, he was brought up in Tasmania always wondering if he would ever see his Indian family again. Aided by the support of his adopted parents and the technology of Google Earth, he was able to track down his Indian mother and family, ending a 25-year journey.

Saroo’s autobiography will be released by Penguin in June.