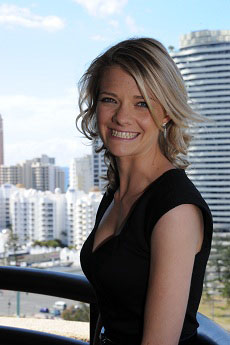 Jessica Watson’s epic true story of her journey sailing around the world has been announced as a Feature Film at the Australian International Movie Convention (AIMC) this evening.

The film “True Spirit”will be distributed in Australia & New Zealand by Paramount Pictures, and will be co-produced between Sunstar Entertainment and Brookwell Macnamara Entertainment (BME).

Paramount Pictures Vice President of Australia and New Zealand, Mike Selwyn said of today’s announcement “We are delighted to be working with BME and Sunstar to bring Jessica Watson’s story to the big screen where it belongs. This is a wonderful story of courage, perseverance and triumph that will appeal to all audiences”.

Andrew Fraser CEO of Sunstar Entertainment said “Jessica Watson is an inspiring story that ultimately proves that we all have the power to live our dreams – no matter how small or big they are! This is a great Australian story on a great Australian”.

“True Spirit” is scheduled to shoot in early 2013 and slated for release at the end of 2013. The film will be shot in Australia, with locations in Sydney and the Gold Coast.