JESSICA WATSON GETS A BIOPIC AT NETFLIX 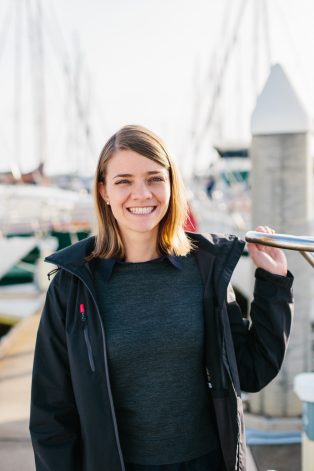 Jessica Watson had the whole of Australia behind her when she sailed back into Sydney after her 210 day solo, non-stop voyage around the world. It was a moment in history most Aussies will probably never forget.

The then 16-year-old, on-board her Ella’s Pink Lady yacht, charging down the home stretch into Sydney Harbour to a crowd of tens of thousands, after completing her solo circumnavigation of the southern hemisphere, in May 2010.

And now, her remarkable true story is coming to Netflix. A feature film is being developed based on her #1 best-selling memoir, True Spirit.

The Writers are Cathy Randall and Sarah Spillane. Sarah will also direct the film. Producers are Andrew Fraser and Debra Martin Chase. Executive Producers are Shahen Mekertichian and Sarah.

Sunstar’s Shahen Mekertichian and Andrew Fraser, have worked together on this project for many years and were elated that it will finally be made into a feature film.

“The hallmark of Sunstar Entertainment has been to bring to the world audience true, inspirational, Australian-centric stories. We feel privileged to have finally found the right partner in Netflix to articulate Jessica’s incredible story authentically and without compromise. We’re really pleased to make this exciting announcement today,” said Mr Mekertichian.

“True Spirit has been Sunstar’s passion project. We have waited a long time for the stars to align. The partnership with Netflix will ensure Jessica’s epic story is shared with a global audience, as it deserves to. We look forward to working with Sarah, Debra and all the team. We’re also really happy for Jessica,” said Mr Fraser.

Jessica, who is also represented by Sunstar, said;

“It’s quite humbling to have Netflix bring my story to life. I hope that the film inspires people around the world to try sailing and to also pursue their own adventures. I’m thrilled that it will be directed by Sarah and supported by such a strong production team. I look forward to working with them all as a technical consultant.”