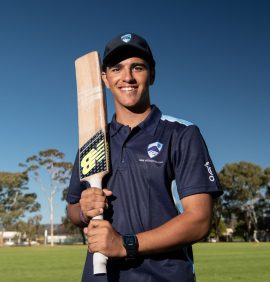 Four of Sunstar’s cricket talent were recently announced as part of the NSW Blues squad – the Edwards brothers Mickey and Jack, Ollie Davies (pictured) and Mitchell Starc, who also has a Cricket Australia contract.

The Blues also bid farewell to former Test spinner Steve O’Keefe who announced his retirement from First Class cricket with 301 wickets to his credit.

Good luck to all the boys for a successful 2020/21 season with the NSW Blues!