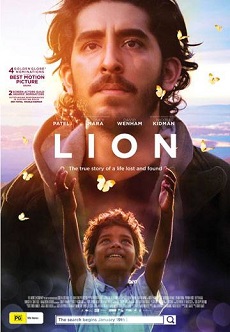 LION is now the fifth most successful Australian film of all time at the local box office. It has taken a massive $27,736,300 pushing The Great Gatsby and Moulin Rouge into the sixth and seventh positions over the last three days.

LION has held a position near the top of the box office chart since its release back on 19 January 2017. The film also continues its success overseas with the international box office now over AUD $140 million. In New Zealand it recently returned to the #1 spot in its sixth week – unheard of for any movie, let alone an Australian independent film.

“What a magnificent journey this has been. Saroo’s incredible story has become ingrained in our popular culture earning it a place in history as one of the biggest Australian films of all time. And LION still has a lot of roar left in it yet, with audiences going back to see it a second and third time,” said Richard Payten and Andrew Mackie from Australian distributor Transmission Films.