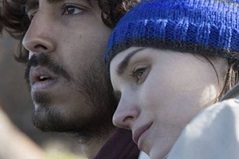 The 60th BFI London Film Festival has announced that LION, starring Dev Patel, Rooney Mara, David Wenham and Nicole Kidman will be the American Express Gala at this year’s Festival. The film will receive its UK premiere on Wednesday 12 October at London’s Odeon Leicester Square, with Dev Patel and Nicole Kidman expected to attend.

Directed by Garth Davis, and adapted from Saroo Brierley’s engrossing memoir A Long Way Home, Lion tells the true story of how a wrong train takes a five-year-old Indian boy hundreds of miles from home; he survives many challenges before being adopted by an Australian couple. Twenty-five years later, haunted by memories of his childhood, he learns of a new technology called Google Earth, and sets out to find his lost family.

BFI London Film Festival Director, Clare Stewart says: “We are delighted Garth Davis’s Lion will be this year’s American Express Gala. This sweeping adaptation is a rousing tribute to the tenacity of the human spirit, and is more intricate in its texture, and more astounding in its narrative twists than most works of fiction.”

Garth Davis, director says: “While Lion traverses many continents, it has a very special home here at the BFI London Film Festival and we are honoured to be a part of it. Dev Patel gave us everything for this story, and this being his hometown, makes it deeply special.”

Dev Patel says: “Lion is in essence, a story about mothers and sons and it’s a real honour for me to be in London among so many of my colleagues, friends and family to share this triumphant, immersive and visually breathtaking story.”