Matt Nable’s 1% to get US Release as Outlaws 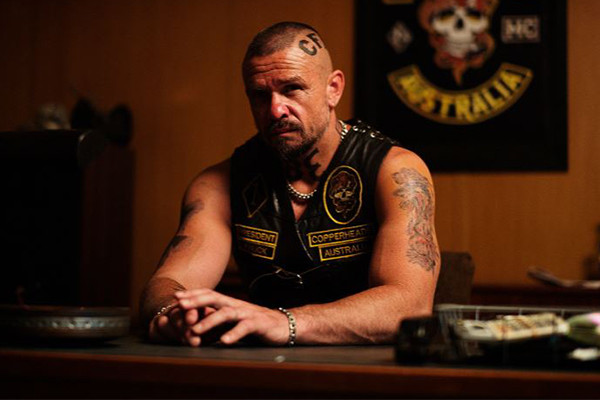 Matt Nable’s 1% is to be get a theatrical release in the US, and a title change to OUTLAWS.

The movie pits Ryan Corr against Matt Nable in a battle to lead their motorcycle gang. Nable, who also wrote the film, is probably best known in the US for playing Ra’s al Ghul on the TV series Arrow.

He’s also far from a stranger to pulpy genre films like OUTLAWS, having starred opposite Jason Statham and Vin Diesel in the R-rated thrillers KILLER ELITE and RIDDICK respectively.

This isn’t his first rodeo as a screenwriter either, as he previously wrote the 2007 sports drama THE FINAL WINTER, which was released by Paramount in Australia.

Known as 1% in its Australian release, OUTLAWS stars Nable as Knuck, the leader of an Australian motorcycle gang who’s fresh off a three-year stint in prison. However, when he gets out, he finds his former deputy-turned replacement president Paddo (Corr) is about to give control of their highly-profitable drug trade to a rival gang. When things go south, the gang must not only battle their enemies but contend with external threats and subversion within their own ranks – culminating in a deadly face-off between the heavily-armed crews.

The cast also includes Abbey Lee, Simone Kessell and Aaron Pederson in supporting roles and marks the non-TV feature directorial debut for Stephen McCallum, who previously worked alongside Nable (as a second unit director) back on the TV mini-series Gallipoli.