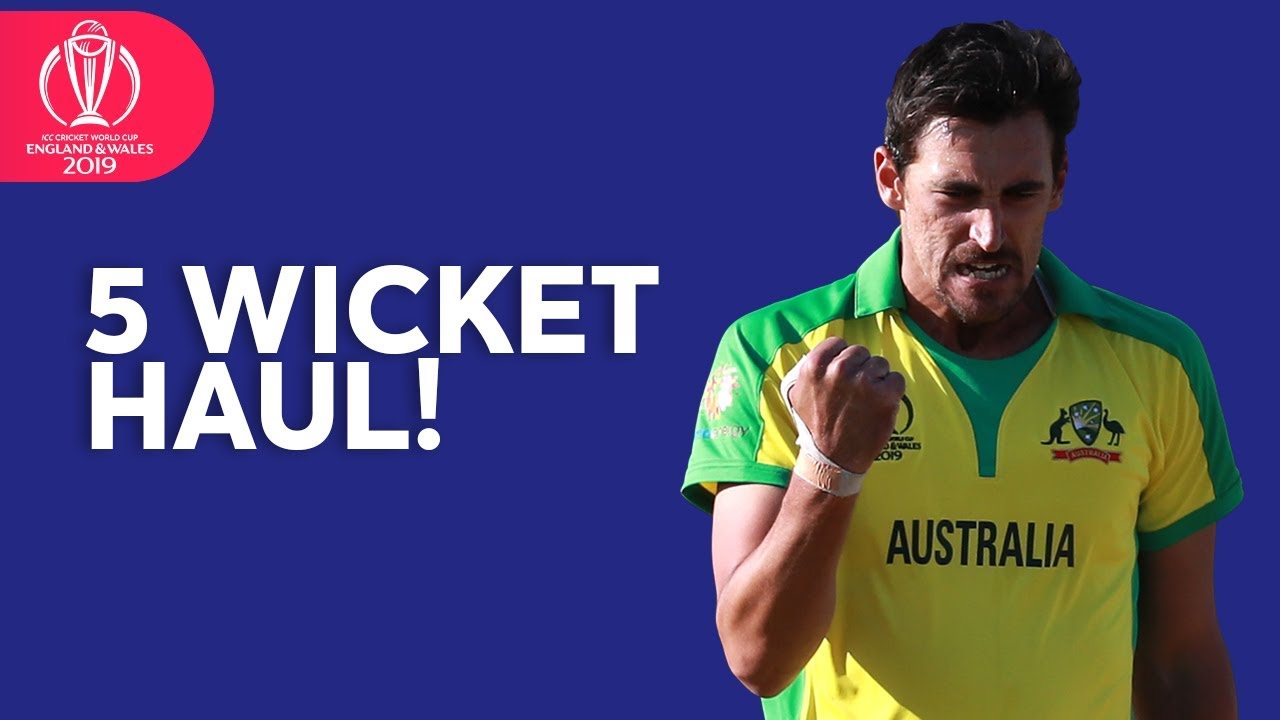 A highly productive night at the ICC World Cup has seen Mitchell Starc leave Trent Bridge, England, with an impressive record to his name.

Playing his 77th One Day International (ODI) for Australia, Mitch picked up figures of 5-44 to become the fastest bowler ever to 150 one-day international wickets, one match quicker than Pakistan spinner Saqlain Mushtaq, as Australia fought back late to claim a 15-run victory over the West Indies.

In addition to his record-breaking efforts, Mitch hit the 150km/h mark on multiple occasions and conceded just two runs in his final 14 balls.

“The rhythm is starting to feel really good and the things I’ve been working on the last few months are really coming to fruition, so that’s a huge positive for me.”

Mitch’s performance was key for the Australians after they had slumped to 4-38 early in the match before Steve Smith started the recovery with a measured 73 and Nathan Coulter-Nile whacked a career-high 92 from 60 balls.

Mitch got the dangerous Chris Gayle at the third time of asking on 21, after the Jamaican twice successfully reviewed lbw and caught behind decisions off his bowling.

He then returned to rip the heart out of the West Indies line-up late in the chase and keep Australia undefeated after two games in the tournament.

Mitch then claimed the prized scalp of the powerful Andre Russell for 15, before taking the wickets of Carlos Brathwaite and Jason Holder in the same over just as the match had swung in the Windies’ favour.

Needing 37 from 27 balls, Brathwaite tried to take on a slower ball from Mitch, but only succeeded in skying it to mid on, before a short ball to Holder ballooned of the glove to short fine leg. He then clean bowled Sheldon Cottrell to pick up his sixth, 5-wicket ODI haul of his career.

“It’s enjoy bowling at the death. Having that experience from the 2015 World Cup probably helps play a part, but we’ve got guys that can bowl throughout an innings and also bowl at the death. It was a great character building win today,” said Mitch.