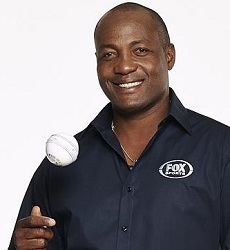 Sunstar secured the deal for Brian with Fox Sports and will act as his representatives during his stay for the World Cup and all commercial arrangements whilst in Australia.

The tournament commences February 14 in Christchurch and concludes on March 29 at Melbourne.