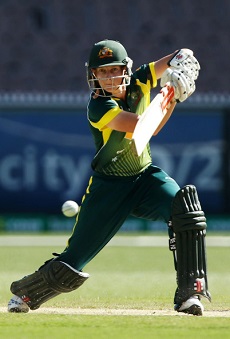 We are excited and pleased to announce that Australian Women’s Cricket Captain Meg Lanning has recently joined the Sunstar stable.

Meg is only 22 years of age and is currently the Captain of the Australian Women’s Test, ODI and T20I teams. Meg also recently received the Belinda Clarke Medal in Sydney. This was the second-consecutive time Meg has been awarded the prize for Australia’s top international women’s cricketer, recognising the 22-year-old’s role in leading the Commonwealth Bank Southern Stars to a third-successive ICC World Twenty20 crown in Bangladesh as well as clean sweeps of Pakistan and the West Indies at home.

The next tour for the Commonwealth Bank Southern Stars is for the Women’s Ashes 2015 series in the UK commencing on Jully 21.